Story telling: Stories of the prophets 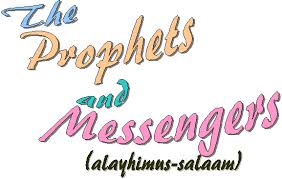 Like I mentioned in one of my previous blog, it is very important to read stories to your kids to inculcate that love fore reading.
One of the thing I have struggled with is finding interesting stories which are short but straight to the point. I have a few Quran stories &co. books by goodwords, I personally find some of them quite boring and the words are quite hard for toddlers and very young children to read.
Eventually, I decided that I was better off writing up my own stories for the prophets. I would read up about the prophet I want to cover with my children, and take note of the interesting aspects of the story. For example, one of the stories I covered with my children was about Yunus (a.s). Obviously, having an animal is the story, was really the most interesting part of the story for the children. They could not stop talking about the fish/whale (some versions suggest a whale, others a fish). It captivated their imagination which was really good.
I normally tell them the story in the type of language for their level. So the story of Yunus (a.s) goes like:
There was a prophet called Yunus, he was a prophet just like our prophet Muhammad. He lived in a place with a lot of naughty people who did not thank Allah, and did not pray to Allah. And prophet Yunus told them Allah will not be happy if they do not listen to Him and they should astaghfirullah as they have been very naughty and bad. But the people did not want to say sorry to Allah and did not want to pray to Allah.
They were on a boat one day and one person had to jump off so Yunus said he would so everybody else can be safe. And Yunus fell in the water and a fish/whale ate him. But he was not hurt. Allah didn't let the fish/whale hurt him even though it ate him.
Yunus was very sorry and sad. He asked Allah to help him and pray to Allah. And Allah, who always hear our prayers and give us everything told the whale to spit him out. And Yunus was free.
Allah made him sleep under a tree and gave him lots of fruits from the tree, so he wasn't hungry anymore. When he felt better, he went back to the naughty people who were now good and have said sorry to Allah and Allah had forgiven them.
I asked my daughters what do they know of Yunus (a.s) and they could pretty much retell the story, and it goes without saying that 50% of the story was about the whale/fish.
As I mentioned, lessons should be audio, visual and kinesthetic. For the visual part, I would normally google/youtube anything connected to the story and Alhumdulillah stumbled upon a nasheed about prophet Yunus (a.s). We also made some colouring and cutting of fishes and whales.

My take on this is they need to know about the different prophets, and even when telling them a story make sure they can understand it as there is no point in them learning hard words without actually understanding the moral of the story.
Posted by Umm Safia at 12:08