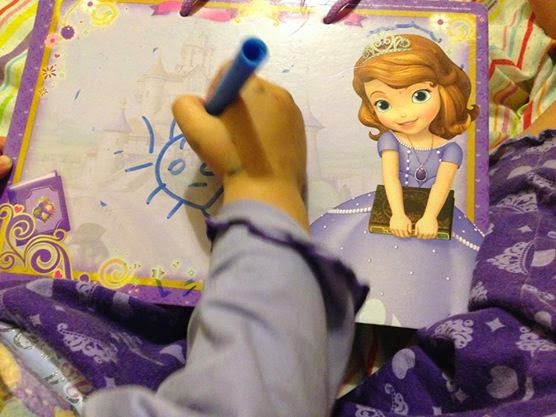 Just a few tips that worked for me (still is working)  and the girls when it comes to learning alphabets and numbers. I did start teaching them the numbers and letters of the alphabet by reciting them or singing them out if you prefer. Once they mastered both orally, I started tacking the visual aspect.
For the alphabets, I decided to got by the SATPIN phonics methods. There are different ways of learning the alphabet, I was really interested with satpin, as once they have mastered the 6 letters, they could actually move on to reading/forming certain words using those letters, which would give them an idea of how reading/writing words work. We are still working on the letter learning part. If anyone is interested, you can go on youtube and type satpin which would show you a loop of the 6 letters. What it does is, it familiarise your child with the phonemic sound and also encourages them to think of words that may start with the same sound. For example, my daughter knows 's' stands for snake, but will sometimes come up with her own example. We recently went to ASDA and she saw the ASDA sign and went Mummy look 's' for Sarah and 'a; for arm. So, i find it really good the way they not only think of letters as sounds but as sounds which form parts of the word.
A good way to practise writing the letters is a wipe off book. I bought one a while back from Wilkos for £2.50, and its really great as they can practise the same letter over and over again, we also got the number book for the same price. I also try to google images for the different letters we have been learning, so I would ask her, what letter is this and she would tell me which one she thinks it is. I would always choose a different image, that way she hasn't learn because she has memorised aspects of a particular picture shown before, but actually know what the letter looks like. So far, I must admit she's doing really well, she can now write a few letters on her own, without the help of the book or dotted lines.

I use the same method for teaching numbers and it's going pretty good as well. The key to all this is consistency, do it everyday so they memorise it quickly, and once one letter/number is secured moved on to the next one. Do not try to make them run before they can walk. Take one thing at a time. It doesn't mean that you should only teach one subject a day. We actually cover quite a few subjects in a day and all within an hour. Just structure your lesson and make sure it looks like a lesson. Have them sit down and listen to you and explain what you are doing and it is 'our' fun time together.

We have a time table everyday and it lasts only an hour. As I said previously, my children do attend nursery, so they have been 'schooled' all day and probably are tired. But they do look forward to our evening lessons, which is a more formal education than nursery.

I have also recently introduced them to Arabic as part of our curriculum. They already know their arabic alphabets now as we have been 'singing' it for years, but I thought they were ready to handle another form of 'writing'. I use exactly the same format for Arabic, So we sing out all the letters of the arabic alphabet, then we work on recognising the letters. I do speak to them in Arabic during the lesson, so the know the difference. As Arabic is not my first or even second language, it is  a bit tough for myself. But, it seems with me speaking to them in Arabic, make them understand we are now learning  a new language. I would say small things to them like 'ijliss' meaning sit down, and would do a hand gesture for them to sit down. I would sometime say the word in both arabic and English a few times so they know what I am talking about. It seems they now understand a few words and I do not need to translate anymore.

French is also one of the languages I speak. They already have a good understanding of it as i speak to them in French and Creole at home. We now use it in a more formal such as learning to count in French. What I would do normally is for example say 'one two three' then repeat it in French 'un deux trois' then in Arabic 'wahid ithnaan thalatha'. They now understand all those things mean the same thing, but are just in different languages. As we are already working on recognising numbers in English, it would not take them long to recognise them in Arabic and French inshallah. Next step if for me to make sure they identify the numbers in the different languages, without getting confused.

We also cover 'surahs' as part of the lesson. We everyday recite the 3 quls and surah al fatiha and at first they used to sometimes mix up the surahs but they are getting better alhumdulilah. With the surahs, on top of praying loud and using the same surahs over and over in prayer, I find that you can actually make it a little ritual for them to learn them.  We normally recites all the surahs quite a few times when we are in the car travelling, and with tajweed so they think of it as something melodious and instead of singing they would actually recite the surahs.

The lesson ends with 'reading  a book'. I would take a book and look at the cover and talk about what they can see on it, what do they think the story is about, for example, today we read a book called 'rainbow' and I asked them what do they know about rainbows and they told me it's up in the sky and we saw one when we went to see the castle (holy Island trip) which was absolutely correct. They also told me it's full of colours and I asked them to name me all the colours they know. And I had a pretty good list. Then we discussed about what things can be of what colour, such as the sun being yellow, the sky blue etc and they gave me their own examples. After I finish reading the book, I would ask each of them to read the same book to me, and they would pretend reading it by looking at the pictures and forming their own stories.A study recently found that children who are read to (by parents) are more prone to become independent and avid readers. 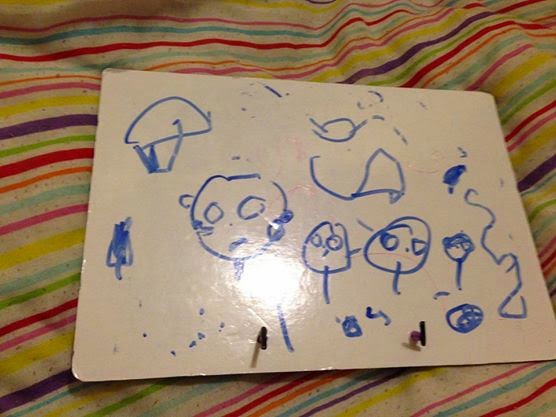 At this level, children do not really need to be taught, what they actually need is the different skills to learn and apply their knowledge. A child should be able to recognise differences and similarities. They should have the knowledge to understand how things work. There are different skills that needs to be develop, and   2 very important ones are memory skills and motor skills. Playing jigsaws puzzle is a good way of getting them to do both. Puzzle help them to analyse, deduct, refine their motor skills and memorise where things go.I would firmly encourage parents to introduce their children to jigsaws and help their train their brains.

All this is do-able within an hour, with homeschooling, much more is covered in a minimal amount of time compared to schools.