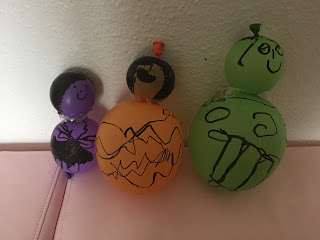 One of my friends texted me today to say ‘it’s good to see you posting about women positive thinking again rather than the men bashing posts you have been writing lately.’ I am not a feminist nor do I hate men, I just don’t like incompetent men, men that cheat, men that lies, men that pretend and fake, men who are indecisive, men who are racists, men who are control freaks and men who don’t take on responsibility. So, to be honest, I don’t think it’s such an exhaustive list of men I hate, just maybe there’s more men in the world with those characteristics nowadays than there ever was before.

Anyway, I thought this is a good opportunity for me to post about the men I actually like and appreciate. Unfortunately, not many men will fall in this category as far as I am concerned. One of my work colleagues recently made a remark about women being ‘too much’ nowadays and my response was; maybe it’s not that women are too much, just that we have high standards and guys don’t meet them in general - here we go, I am men bashing again!

I think there is distinctive difference between what is a man and what is a boy. There seems to be more boys around than men - or maybe I just don’t come across men that often, I can literally count on my fingers the number of ‘men’ I have come across in the past 10 years, and literally I think Muslim men are a drop in that handful.

So here we go, thank you to those few men out there who are actually being men and doing what they are supposed to do, and following the example of the prophet Muhammad ( peace be upon him)- the best of men.

My daughters are of the age now where they understand our family is different from most traditional muslim families - where you have a mother and a father. They do not mind it as such - single parenthood is quite a common thing in Europe, maybe not so much in the muslim community but they come it across at school etc. Nowadays, there are many more single muslim mums - not due to being widows (which was more common at the time of the prophet) but more so because of a higher divorce rate.

So, they ask questions about my marriage, whether they have a father or not etc. I have never lied to them - so they are aware their biological father is alive- although according to them, he lives ‘abroad’-something they came up with- and if that makes them happy- then so be it. People are easy to pass judgements, my kids are mixed-raced and their surname definitely give in that they are mixed. Not a lot of Muslims kids carry an English surname.

There are so many assumptions among Muslims, like for example if you are married to someone from a different race- it has to be a ‘love’ marriage; or if your spouse has a non-muslim name- then he/she converted to Islam out of love for you. Maybe in some Muslim ‘cultures; this is the norm - but to assume that this is the case for every single Muslim is choosing to be ignorant and judgemental - not all born muslim are cultural - some actually practice the religion, not the culture.

Moving on, the story I told my daughter is called ‘A box called Responsibility’. I made up this story so they can understand better and be grateful for what they have. The story goes, when babies are born, along comes a gigantic box called Responsibility. This box is the heaviest box anyone ever gets to lift - and only the strongest of people can actually do that. In a lot of families, two people need to lift this box and carry it cos it is SO heavy, and Allah knows one of them is not strong enough to do it by oneself, so he asks BOTH to carry it.

But, in our family, Mummy is super duper strong, so Allah said ‘Mummy you can do it all by yourself, you don’t need dad’s help.’ So Mummy bent down and lifted the box, and she knew she could carry it all by herself. The box was heavy, but it was a lot of fun, and Mummy didn’t have to share any of things inside with anyone - she felt privilege that Allah chose her to have all the goodies in the box to herself. Some days though, this box does get heavier than usual, Allah puts more goodies in it, then Mummy feels tired and her back starts hurting - those are the days she needs help lifting the box. So then, Allah sends other people to help her carry the box; those are the nice people Allah puts on Mummy’s path and her children’s path - the people who just want to come and help just cos they are nice!
And sometimes, just because they (my kids) are so strong themselves, they give me a hand to carry the box. Kids from a single parent household tend to learn about responsibilities much earlier than other kids; the single parent depend on them as much as they depend on him/her.

Those friends, relatives, strangers who help us carry the box are our lifelines. Most single mums rely on their support network - they say it takes a village to raise a child and indeed it does - no matter how small that village is. Single mums tend to support each other, as we know of the struggle and the battles; but what is more amazing are those people who have not experienced our struggle, and yet they care enough to give us a helping hand and a shoulder. Those few people who recognise us, and see our struggle make a real difference to us - that stranger who stops in the shop to distract our children when they are having a meltdown, that friend who call to ask us how we are doing and if we need anything, the men who choose to play daddy in their lives - all of those people contribute in supporting us and we do not acknowledge them enough maybe verbally, but deep down you have no idea how grateful we are to those people. We do not want pity- we do not want those sorry looks - all we want is people to actually put into action what they are saying- actions speak louder than words and your actions tells us about your intentions.

So to those men, who comes in the form of our father/brother/cousin/friend or even stranger a big thank you for re-storing our hope in manhood. I am lucky enough that my brother chose to play that role in my family - although he has his own family, he still helps me with the school runs, with babysitting duties and so on. I could not have done it without him - when I gave up and didn’t believe in me, he pushed me to stand on my own feet - when I need a break, he takes time off work to look after my kids - and whenever he mentions having 4 kids, rather than 2- somewhere I feel even if something was to happen to me, he’d be there for them. My kids chose to call him ‘daddy’ and people have frown upon this as he is their uncle and it could confuse them- they are not confused - they are just giving him the respect and love he deserves.